You are here: Home1 / Hydro Air

WHAT IS HYDRO AIR?

A hydro air system is a combination of a hot water and a hot air system. A hot water boiler, either oil or gas fired, generates heat. The water is then pumped through small diameter tubing to an air handler unit,

Hydro air heating systems are becoming increasingly popular in the New England area. The concept of hydro air is not new, and has existed for most of this century in the advent of larger multi-story and multi-winged homes; and 2) the growing need for air conditioning – due to longer and hotter summers and increased solar gain on modern homes from large windows and skylights.

These expansions could include heating a garage, pool, hot tub, addition, or to generate domestic hot water for showers, laundry, etc.
Hydro air systems are also more comfortable and generally less dry than conventional hot air systems due to a lower temperature rise through the unit. Properly designed, the units will cycle on and off less, lowering the temperature swings within a room.

Hydro air is an excellent choice for use in conjunction with other systems. An example would be radiant heat for the first floor living spaces and hydro air for the bedrooms.

All the advantages of hydro air would be difficult or impossible with a straight hot air system. Zoning is much easier because a flue pipe or exhaust is not needed for each unit, as with separate furnaces.

In a hydro air system, no combustion is taking place inside each air handler. Consequently, the air is not as hot or as dry as in a hot air system, and soot and combustion odors are not present inside the unit.

This makes hydro air systems, on average, much cleaner and more comfortable than hot air systems. In addition, large sections of floor space are not taken up by ducts that need to be boxed in as they would on a conventional system – in order to reach various wings or stories of the home.

CONTACT US FOR A FREE HOME INSPECTION AND HYDRO AIR REVIEW 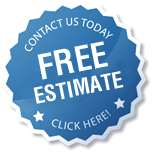